Magnolias - Most of the Week

When I posted my CED2010 update last week, my intention was to experiment with a variety of media using my saucer magnolia tree that was in bloom as a "model" And that is the way the week mostly happened.
Monday: I did the first image using watercolour pencils but didn't add any water until the second scanned image. 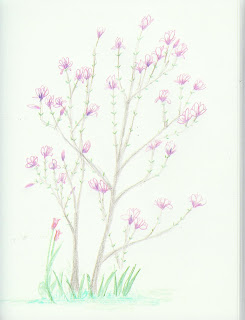 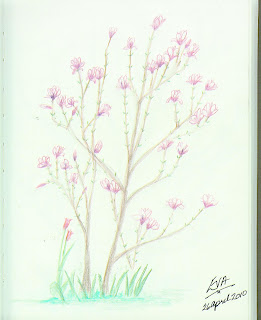 Tuesday: This version was made using my fat pastels. 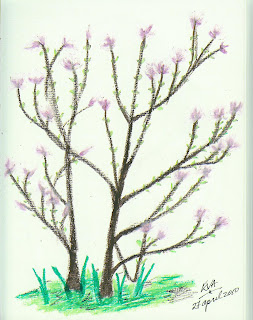 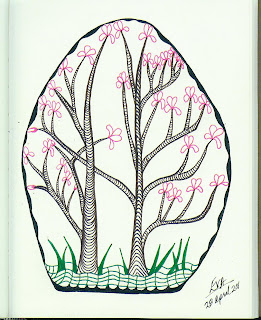 Thursday: Since joining CED2010, I have started to follow some amazingly talented artists. One is Hybrid J who does amazing pen and ink dot drawings of mischievous starfish (among other things). I was thinking of her style when I tried this one. 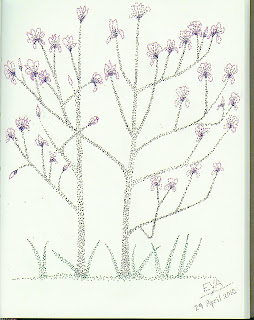 Friday: In creating my FAKE journal in April, I did most of the entries using some cheap watercolours, so this version was done using those. I wish I could draw flowing lines better freehand! (Note-to-self: Practice would help!) 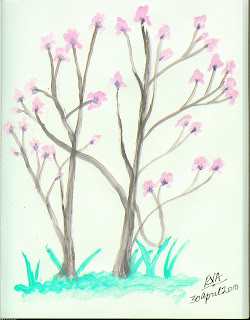 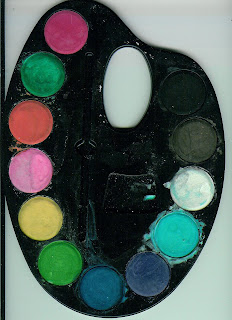 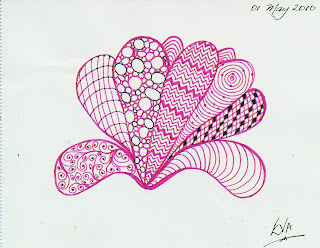 Saturday my world turned unexpectedly upsidedown. I got a morning phone call that my sister had died at 5am in Saskatoon (about 2000 miles away in the middle of the Canadian Prairies). She has been in the hospital for @10 months because of complications of diabetes (Type 1) and we always knew this might happen as she was so frail. But it was a shock because only a few days before she had been very cheerful and chatty on the phone. She was only 50. After telling my Dad

he and I hopped on a plane and my magnolia theme ended. I didn't take my CED 2010 (Book 2) with me but just took some pens and a small sketch pad. So this and Sunday's little creations were done on that. I wasn't feeling terribly creative after that call but I did finish up the week.
Sunday: 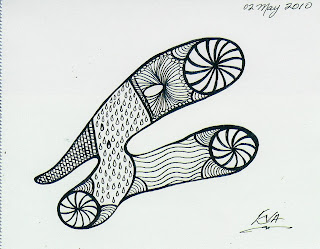 Hope your week ended better than mine. I want eventually to get caught up looking at all you your great work but it might take me awhile...
Posted by EVA at 6:08 PM 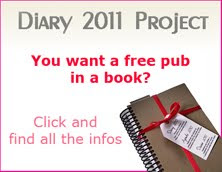